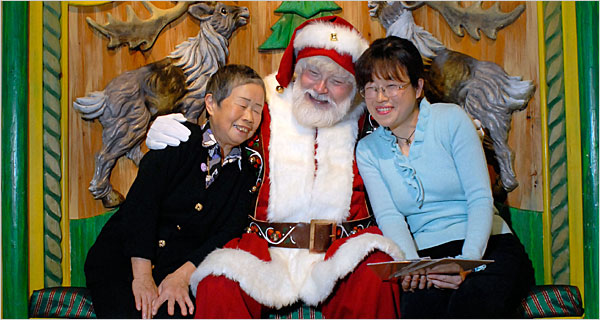 Assuming that your loved ones fall into one of the first two categories, technology is likely to be at least one of the categories to consider in gift shopping this Christmas.  If you regularly read this blog, tech is probably the category you go to first.  I wanted to offer some thoughts on a tech strategy for people at various stages of life.  When it comes to buying gifts, simply figure out the recipients scenario and then fill in the technology gaps.  Presto!  A tech gift that will be really appreciated.

The basic premise here is that there is no best phone or tablet.  Budget and context have a lot to do with what makes the best tech for an individual.  So let’s dive into the scenarios.  See if you recognize a good fit for yourself or the person you are gifting.  Then identify the tech gaps and you are all set to give Santa a little help with someone you love (even if it is YOU!)

You need a phone.  You don’t need a ball and chain.  Feature phone with texting, MMS, and good voice service (like the LG Rumor 2 on Virgin Mobile), $90 for the phone and $30 per month for the service (which can be stopped and started at will).

Student life without a computer is impossible.  Get a laptop with 7MC (any Windows 7 other than Windows 7 Home Starter), iTunes, and OpenOffice (a 15.6″ screen is fine if money is an issue but 12″-14″ is optimum for portability and power).  If you need the internet, go to the student union or another hotspot.  I’m not talking about Starbucks or an establishment where you’ll spend money you should be saving.  (Just remember to take security precautions when on a public network.)  Toshiba and Apple both offer good choices.  (Note 1:  An undergraduate student does not “need” MS Office.  OpenOffice works just fine and it is free and compatible with MS Office formats.  Note 2:  If you are a Geek, get the MacPro, buy Windows 7 Home Premium and dual boot your system.

Move up to a smart phone that can double as an internet hotspot for your notebook, and . . .

Your new wireless (non-3G aka affordable) tablet.  If you think about the extra cost for 3G and a data plan verus how frequently you want internet when Wi-Fi is unavailable, 3G can be seen as a luxury you don’t yet want to afford, right?

Normals will enjoy the new Windows Phone 7.  Geeks will want an Android.  Pick the carrier with the best coverage in your area and then look for their Samsung Galaxy S phone or any of the Motorola Droids.  Hipsters will go with the iPhone 4 in any area where AT&T’s coverage is acceptable.

For a 7″ – 10″ wireless tablet, there are several options.  The iPad lacks a front-facing camera for video chat.  It also requires a kit to load pictures directly from an SD card.  The 9.7″ iPad screen is brilliant and the user interface is the most intuitive on the market.  It is a good choice for Normals.  For replacing a netbook, there are several Android tablets on the market.  Some top choices are the Galaxy Tab and the Archos 70 or 101 (intermittently available at their website).  Don’t expect the ease of use one gets with the iPad.  That’s the price one must pay for the added functionality.  Avoid Windows on a tablet.  Windows is constantly updated and its growth is hard to predict.  Not a good combination with the limited storage capacity on a tablet.  Tablets are about $600 each.  If you have roommates, you may want to go in on broadband internet at about $60 per month.

Trade in the laptop you got your freshman year and get two newer ones with HDMI out.  Repurpose that old laptop as a home theater PC or buy a Roku box (or an Apple TV, if your tablet is an iPad with AirPlay), a TV, a wireless router, and subscribe to broadband (and basic cable if your antenna reception is bad) and Netflix (cheaper than a premium channel and better).

Give your spouse your smartphone and go back to that feature phone on Virgin Mobile.  Now, you’ll stay close to your spouse because you need to use their smart phone as a hotspot when you’re out running around with your tablet.  Oh, yeah, buy your spouse a tablet, too.  Just think, your first fight could be about who gets the newer tablet.

Buy a TV for their game room and hook it up to a game console (PS3 with Move or XBox 360 with Kinect or Wii).  I would pick the PS3 so that they can watch Blu-Rays in their own space.  Change the settings in Windows Media Player on your HTPC to stream and they can watch recorded TV through their game machine.  If you bought an XBox 360 they can also watch live TV.

Buy a new HTPC like the Zotac for the main TV and move the old laptop to use with your new bedroom TV.

Finally, you can afford the toys you always wanted.  In fact, you have so many of them it’s hard to keep all of your digital media organized and secure.  Time to get an HP Mediasmart EX490 to store all of your media in a way that it can be enjoyed on all of your devices.  Sadly, this is the end of this class of server.  Once Microsoft announced that they were no longer going to offer a full featured Windows Home Server, HP decided to pull out of the home server market.  The upside is that deals are now available.  If the EX490 is too inexpensive for your taste or you want a system with better future support consider the Drobo S which offers much of the same functionality.

You’ll be traveling more, so consider a global phone like Verizon’s Droid 2 Global.  You can both afford a smart phone with data plan so treat yourselves.

You need a TV for each of you.  You do not need a smart phone.  Get a simple phone with easy to read numbers and a speed dial set for 411.  You don’t need a smart phone because you have an iPad.  When the new iPad comes out (I’m guessing April-ish), it will probably have the front facing camera.  Whenever that happens, trade up.  Video chat with your family and friends regularly.  If, however, you need a physical keyboard, get the MacBook Air 13.

If cell phone coverage is good where you live and work, do not pay for a land line.  It is a waste of money.  As I recommended for the college student, go with a pay-as-you go cell service.  Instead of getting cable service, consider getting broadband.  If you have a family, hook the computer up to the TV and you can see most of the shows cable subscribers watch only with a time delay on internet TV.  Kids will then have the internet available for doing homework and emailing/texting their friends.  Start by checking out clicker.com.  If you don’t have a family, buy a laptop with a wireless antenna (often cheap on Craigslist) and skip the TV and the desktop computer.  If you can’t afford broadband, take your laptop to the library or other free wireless hotspot.

This entry was posted in Geeky and tagged gift, shopping. Bookmark the permalink.