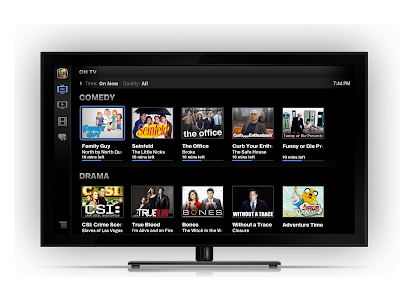 Moved the PS3 down to the family room last night. I’m streaming TV shows recorded on the HTPC through the PS3 to my new Google TV. I accidentally hit a button on the GTV remote and, behold, the PS3 was controlled. Yep, right through the HDMI. Guess I can leave the Harmony remote upstairs. Very sweet. I should have bought this GTV right after my Samsung TV crapped out on me.

I had gone into the PS3 settings to allow it to be controlled by HDMI but I thought that was just to allow it to be shut off. Turns out that several of the commands are functional. (Although further testing will be done to determine any limitations. I’m guessing there is no way to do ‘circle’, ‘PS’, ‘triangle’, etc.)

One weird thing was fast forwarding. The PS3 would only fast forward at 1.5x. It would display faster speeds but when I returned to ‘play’, it just bounced back to the point where I had first started fast forwarding. Even at 1.5x, commercials are way too long.

Thanks to a comment from +Justin S, I can even listen to my Google Music on my GTV, now. Of course, I’m still hoping that when the new version rolls my way there will be a Google Music app along for the ride.

last.fm plays well in the Chrome app which is also a big plus but still not an app, meaning I can’t stream last.fm music and watch slides from Picasa at the same time.

All-in-all, GTV just keeps moving up in my estimation.

This entry was posted in Geeky and tagged Google Music, Google TV, PS3. Bookmark the permalink.
Avatars by Sterling Adventures