Another Pillar Falls – the Senate 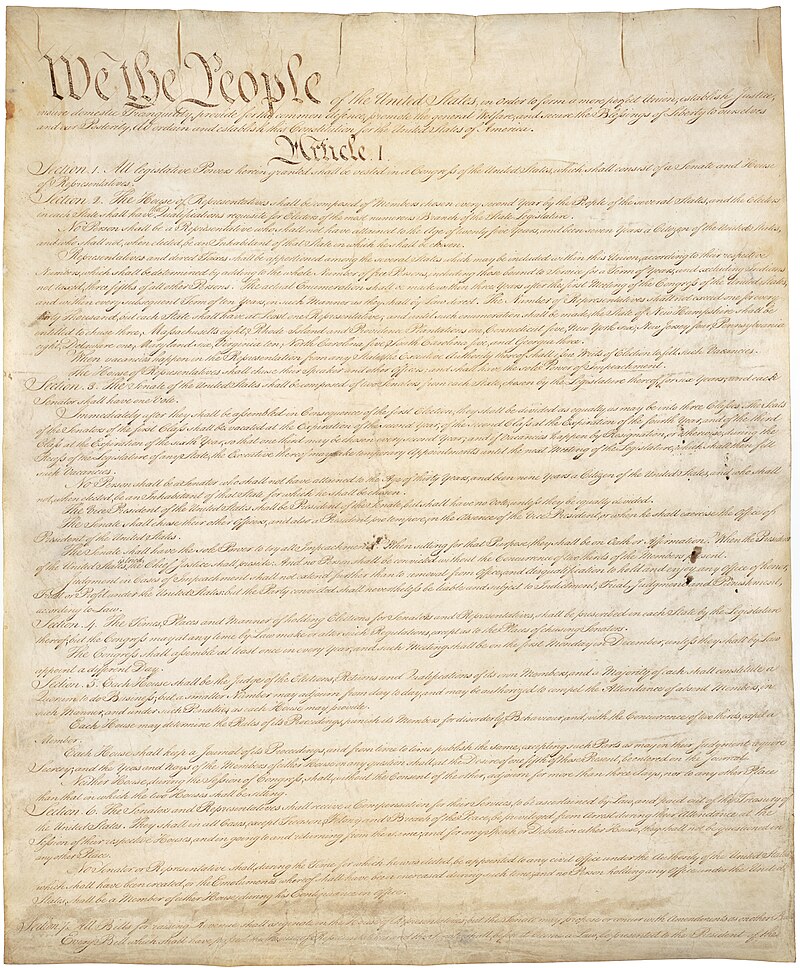 There are times when I think that perhaps I am witnessing the end of the American epoch. Riding to victory on the shoulders of our country’s white, less educated, males (Pew Research), Trump has ushered in a typhoon of chaos that is wiping away the weakened vestiges of the pillars of our forefathers’ democratic experiment. In my lifetime, the groups that once defined the fringe of each political party has become “the base”. And the base of the two parties has moved increasingly further apart (The Rise of Partisanship).

Although our current president has usurped the adage, “America First”, he apparently means for ‘America’ only to apply to those who would serve to further his political power and the value of his business. This hyper-partisan approach to governing is the natural evolution of the changes in our political landscape.

Last week, Neil Gorsuch was confirmed by the Senate. Let’s look at how that came to pass as a case study in the current state of U.S. government. Senate rules state that Senators can speak on a pending decision for as long as they wish. It requires a three-fifths vote of the Senate in order to bring that debate to a close. Using that right in order to obstruct progress toward a vote, is what is known as a ‘filibuster’. Like many of our traditions, including the electoral college, these rules were designed to prevent the tyranny of the majority. The requirement for 60 votes meant that members of the majority party were under pressure to garner support from the minority party before a bill would be federal law or a candidate would become a federal judge or ambassador. Unlike the House of Representatives, the Senate, with its longer terms, was to be less partisan and to give greater weight to the good of the country than the Senator would give to her own state’s constituency. The greater number and more frequent elections of the Representatives was designed for each of them to give greater care to the interests of their relatively tiny districts. No one was to be forgotten or lack representation, but in the end the nation’s greater good was to outweigh the interests of any individual or tiny district.

The Constitution is wise and beautiful in this regard. The realization of its promise has never been complete and the degree of realization has been more or less substantial in different periods of history. I have to wonder if its fabric has been stressed to this extent at at any time since the end of the Civil War.

How did a highly qualified nonpartisan judge, come to be the breaking point for the Senate’s rule designed to encourage the Senators to reach across the aisle? Was it Chuck Shumer’s abuse of the filibuster? Was it the Mitch McConnell’s refusal to work with colleagues across the aisle?

There can be some debate about what constitutes a filibuster. Just because a Senator talks, it doesn’t mean that they are trying to delay a vote. One suggested metric is that a filibuster is defined as talking long enough that there is a motion for cloture. From 1967 until now the Congressional Research Service noted 86 motions for cloture on debate about judicial nominees. 50 of those 86 occurred before Obama. Another way to look at this is that there were 36 justices before Obama who were subjected to filibuster. If you do the math, that means that some of them had votes for cloture more than once. During Obama’s term, the exact same number of nominees, 36,  were filibustered.

At this point it becomes clear that, under President Obama, Senate Republicans used the filibuster at a feverish pace. Perhaps they appropriated the strategy from Shumer who had used the filibuster against President Bush’s nominees. In 2013, Shumer became so fed up with Republican filibusters of judicial nominations that he changed the rule with regard to non-SCOTUS judicial nominations so that the motion for cloture would only require a simple majority. It should also be noted that the Republican-led Senate refused to even hold hearings for President Obama’s last nominee for SCOTUS. Arguably, this was the greatest dereliction of the Senate’s constitutional duties. Article II, Section 2 states that the President “shall nominate, and by and with the advice and consent of the Senate, shall appoint ambassadors, other public ministers and consuls, judges of the Supreme Court”.

As partisanship in America worsened, the filibuster became more common. Before 1967, there was no record of one having occurred. As beautiful as our constitution may be it does not appear to have been composed with the possibility that those governing would be so polarized that they would abrogate the role of the Senate to be a voice of nonpartisan considered advice and consent of the President’s judicial nominees. But McConnell and Shumer have managed to drag that once proud institution to this historic low point to appease their respective, and polar opposite, fringe party “bases”.

One hopes that our electorate will awaken and realize that the American political process, based on the wisdom of our constitution, is not a reality TV show. It is not a wrestling match in which our little group struggles to wrest what we want out of the hands of our fellow countrymen for personal gain. It is the process by which a balance should be struck between the will of the many and the rights of the few.

America will never be great as long as we insist on excluding those with a different view from our definition of America. I have a dream that we will again see a day where cooperation across the party aisle is not equated with collaborating with the enemy.

This entry was posted in Politics and History. Bookmark the permalink.
Avatars by Sterling Adventures